Home / World / In Poland during the storm killed four people

In Poland during the storm killed four people 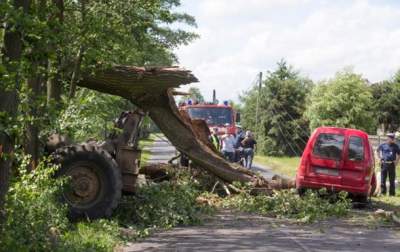 Almost the entire territory of Poland was the hurricane, which killed four people, reports Radio Poland.

“In Elblag overflowing river has claimed a woman who was crossing a pedestrian bridge. In Dechlorine, the result of a strong gust of wind struck the walls of the unfinished farm, killing the man. In such a situation in Zaluska killed a man. It struck the wall of the warehouse,” – said in the message.

Previously a victim of the hurricane was the driver who made his way from the city of Zgierz near Lodz. On the car the tree fell. Due to weather conditions in Poland remained without electricity for about 330 thousand people.