Home / World / In Brussels, called on Britain as soon as possible ” to begin a withdrawal from the EU

In Brussels, called on Britain as soon as possible ” to begin a withdrawal from the EU 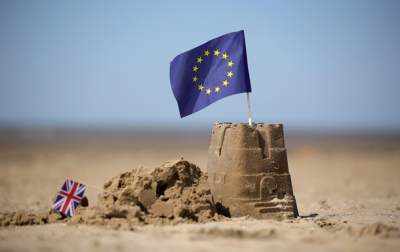 Britain is a full member of the European Union prior to the full release from the unit.

Brussels urged Britain “as soon as possible” to start the procedure for the country’s exit from the European Union.

This is stated in the document on the website of the EU Council with the signatures of the head of the European Council Donald Tusk, European Parliament President Martin Schulz, European Commission President Jean-Claude Juncker and EU predsedatelja Mark Rutte.

“We expect the United Kingdom government will begin to execute the decision of the British people as soon as possible, no matter how painful the process. Any delay only unnecessarily prolong the uncertainty,” – the document says.

European leaders urged to act under article 50 of the Lisbon Treaty.

“We are ready to begin without delay with the UK negotiating the terms and conditions of her exit from the European Union”, – said in a statement.

It is emphasized that while this process will not end, Britain is a full member of the European Union.

“This is an unprecedented situation, but we are United in our response. The Union’s 27 member States will continue to work. The EU is the frame of our common political future. We are bound by history, geography and common interests and continue our cooperation on this basis”, – said the authors of the document.