Home / Society / Humanity is preparing for the Third World

Humanity is preparing for the Third World 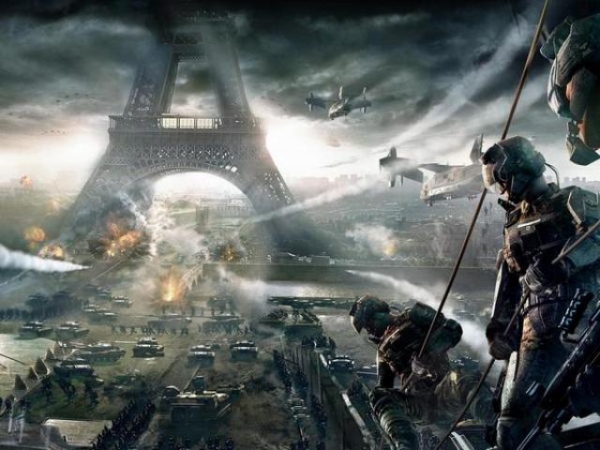 The modern world is experiencing another “crisis of the genre,” being unable to respond adequately to new threats. If mankind, according to historians, political scientists and philosophers, came into postindustrialism and postmodern era, it would be logical to assume that the enemies of the XXI century will be more insidious and more innovative. However, beat them we continue with the old methods than razzadorila.

Almost 15 years ongoing “witch hunt” of international terrorism initiated by the United States after the September terrorist attacks of 2001. During this time, the Pentagon for these needs successfully mastered about 10 trillion dollars, several States under pressure “tamagawadai democracy” de facto ceased to exist remained a nominal territories inhabited by armed savages, and the effect of the fight not just zero but negative.

Place inert “al-Qaeda and certain factions of the old model has a strong structure in the face and everywhere else is prohibited LIH. The creeping quasi-state not just settled on the territories of Syria, Iraq, Libya and Afghanistan, where he tried unsuccessfully to smoke for more than two years. The Islamists are embracing new information technologies. And not in order to read the pages about the life of office plankton, pimply students to look at pictures of cats and naked women’s bodies, and to translate his threats into reality.

Three days before the massacre in gay club Orlando will be subordinate to the “Islamic state” group “Now” published a hit list of 8 million American citizens – presumably open gays and lesbians. The attack of only one arrow on the “nest of depravity” 49 people died, with 53 wounded. And heavily armed special services whether out of stupidity and inability, whether conscious meanness missed this signal on deaf ears. Maybe the NSA and the CIA are simply unable to react quickly to this kind of “pin pricks” in a country where every idiot has the right to buy as many guns as it sees fit? In this case, in the fight against terrorism will have to change the whole concept of putting in additional trillions of dollars.

Not to say that governments around the world do not understand it and sit idly by. Defense spending and national security are growing along with the procurement of arms on the side. Each state, including far from the European and the Arab cabal Australia, wants to create a backlog in the fight against internal and external threats. Bloomberg, summing up the statistical results of 2015, has recorded an unprecedented growth in the arms market. The needs of humanity as the murder weapons “on the side” grew by about 10%. Ahead of the rest of Saudi Arabia at war with Yemen, and not ashamed of their open sympathy for gilowska thugs. 9.3 billion was spent on new tanks and planes, despite the fact that due to low oil prices, the national economy is experiencing an unprecedented shock, and the budget is laid out on a 25% deficit.

However, this behavior has its reasons. Riyadh is in vain and completely inadequate methods of trying to delay the inevitable – the dynastic crisis, the collapse of the absolute monarchy and the collapse of dozens of separate countries in Kuwait according to the agreement the youngest offspring of the ruling clan. And that’s just one example from a couple of dozen like him. Some countries, such as USA, Russia, France and Britain to buy nothing. National military-industrial complex, in principle, sufficiently developed to do on their own. But against most threats that the helicopter “Mistral” helpless.

No matter how procuring heavy weapons, and from all the disasters still will not insure. The French army and the gendarmerie never complained about the lack of equipment. However, from the riot of thousands of football hooligans Western Europe is not saved. Granted, within six months, fan pages in social networks choked with saliva, announcing a “championship football”, to which both Russia and Poland, Ukraine and Albania, and Britain and Germany ready to advance through the secondment to the Cote d’azur’s best fighters.

And it’s the Fifth Republic was lucky that the times and rules that are a fan of the company, have undergone major changes. More recently, “the defeat of enemy cities” and disabling the local fleet is excluded from the list of priorities, replaced by directly beating “brothers in mind”, representing unfriendly countries and groups.

Escaping from the semi-virtual and exaggerated threats to those methods mankind drives itself into a trap. Instead of a targeted “hit” on the causes of terrorism – poverty in third world countries, social inequality, ignorance, including religious, half of the globe, the developed countries continue to “glue Tanchiki”, pushing the world for the sake of political populists to the Third world war.