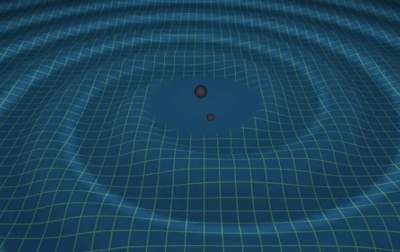 According to scientists, they were provoked by the merger of two black holes.

The second time scientists were able to capture gravity waves, the existence of which even 100 years ago, said albert Einstein.

The publication notes that the source of the gravitational waves was the merger of two black holes that took place 1.4 billion years ago. This is a long and strong collision gave rise to the reverb that is palpable through the giant piece of space-time.
Astrophysics also calculated the mass of two black holes, which is equal to 8 and 14 to the Suns.

It is known that for the first time, scientists announced the discovery of gravitational waves back in February of this year, at the time the discovery was made in September 2015.

Then source reverb was the merger of two black holes whose mass was 36 and 29 Suns. This collision occurred 1.2 billion years ago.

It is also known that to detect waves in the United States built two observatories, the distance between which is about three thousand kilometers. One is located in Louisiana and another in Washington.