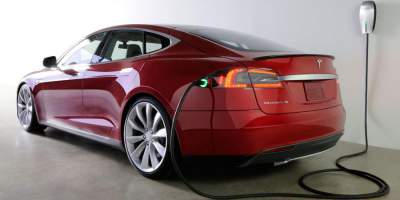 An important incentive for the population — a discount of 4,000 euros for the purchase of electric vehicles.

Looks like Germany will become the first major country to establish the official deadline to ban cars with gas engines. Such changes in the law being discussed in other countries. Among them Denmark, Norway, and India — they plan to start filling transport of combustible fuels, electric vehicles. But while the Norwegians and Danes discuss the details, Germany has introduces the necessary amendments to the laws governing the import and sale of cars that do not pollute the environment. Thus in 2050 the emissions of carbon dioxide into the atmosphere plan to reduce by 80-95%.

The Ministry of environment of Germany reports that despite ongoing developments in this industry, the indicators remain virtually unchanged since 1990 remained at the same level. A ban on the import and sale of “dirty” cars, the sponsors see a good solution that will contribute towards a sustainable future.

An important incentive for the population — a discount of 4,000 euros for the purchase of electric vehicles. According to information published on the website electrek.co, Tesla has already expressed his displeasure on this occasion, and its representatives believe that the way the American manufacturer of electric cars deliberately trying to push the market to make way for local producers. And it is quite reasonable, because the famous German car manufacturer VolksWagen is now discussing the possibility of building batteries for electric vehicles, other companies are also interested in how not to seize the opportunity and time to engage in environmentally friendly and modern production vehicles of the new type.

Only Germany registered more than 45 million vehicles, while they account for only 25 000 electric cars. It is important to note that the new ruling only applies to new cars, so deny to go on the old in the next 20 years no one is going. Gradually the old smoldering wreck yourself go to the dump, replaced by a fashionable and clean electric cars. The question of how to produce “clean” energy, remains open.