Exoplanets can be sub-ice oceans, astrophysics 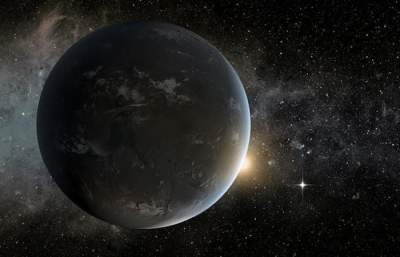 Scientists believe that the Universe can you find large exoplanets with habitable subglacial oceans.

Experts do not exclude the possibility of the existence of the oceans that make life possible creatures, the so-called “supersense”.

According to them, obtained in the course of Intercontinental research, oceans, if they still exist on these celestial bodies, are under a thick crust of ice.

Scientists say that the under-ice ocean may be liquid only at a depth of 170 km, where the temperature is warm enough, and it helps the water to remain liquid. As for life, it is possible only in the presence of internal heat sources.

The research was conducted on the basis of a special simulation software on the background conditions that mimicked exoplanets resembling Earth in size.

The location of these oceans on the simulated maps of international professionals connected with a series of parameters, and the temperature of the planet and the iron content in the minerals, of course, can be called key factors.

In the list of known exoplanets astronomers the brightest candidates to the planet’s ice-oceans, are the two celestial bodies staying in the Kepler group, their indexes – 62e and 62f, and open they were in 2013.