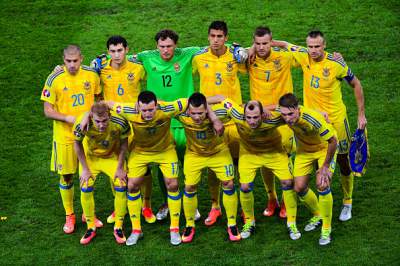 The national team of Ukraine in Lyon will play the second match of the group stage of the European championship.

Showing decent football, “blue-yellow” were not able to take points in the match against the world Champions. Today the team of Mikhail Fomenko is opposed by the opponent of another caliber, respectively, from the national team expect the opposite result.

The Polish team a few days ago already showed how Northern Ireland could be uncomfortable opponents. At full gaming advantage the poles managed to score only one goal. It should be noted defensive action “Frames” – team Adam Nawalka all attacking attempts of the Irish was stopped long before the penalty area. In the same vein to play today Ukrainians, preferably for greater certainty in their positions at least to neutralize the negative goal difference-goals conceded.

Compared to the Germany game in the starting lineup the Ukrainian team, you can expect a few changes at the point of attack is inert Zozulya may receive Seleznev, hardly Fomenko will leave the basis Kovalenko, high chances of entering the field from the first minute from rotan, able to perform standard positions.

The Ukrainian team crossed four times against Northern Ireland in qualifying for the 1998 world Cup “blue and yellow” won the minimum victory, but qualification for Euro 2004 in Belfast and Donetsk were no goals scored.