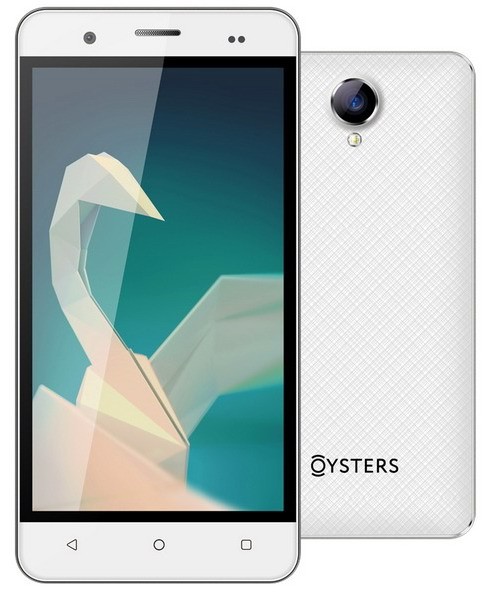 Oysters, the company announced the smartphone SF, which is recognized to be the first domestic mobile phone on the basis of “innovative, open OS”. In fact it is already known to you firmware Sailfish OS, developed by Finnish company Jolla, which employs former employees of Nokia. The smartphone refers to the initial level, but its price is yet to be announced.

Monoblock Oysters SF can not compete with the flagships on the Android OS, but so far this is the most powerful smartphone with Sailfish OS, if you believe the developers. Case dimensions 141х72х9 millimeters and weighing 140 grams with the battery on 3000 mAh contains 2 GB of RAM, flash drive 16 GB and 8-core processor MediaTek MT6753 with a built-in module support of cellular networks LTE. Oysters SF works with two SIM-cards and has a camera with 5 MP resolution on the front panel and 13 MP rear and built-in memory can be supplemented by microSD card.

Front Oysters SF is IPS display with a standard diagonal of 5 inches, the resolution of which is carefully concealed, however, since we have before us a budget, it is possible and not to hope for something higher than HD or 1280×720 pixels. Release date Oysters SF is currently not installed, and developers to all the questions about her answer in one word “soon”. The only question is, do we really need such a device without the usual Android? Is not it easier to buy a cheap “Chinese” or to support domestic producers and to take the ‘Yota phone’ on Android?