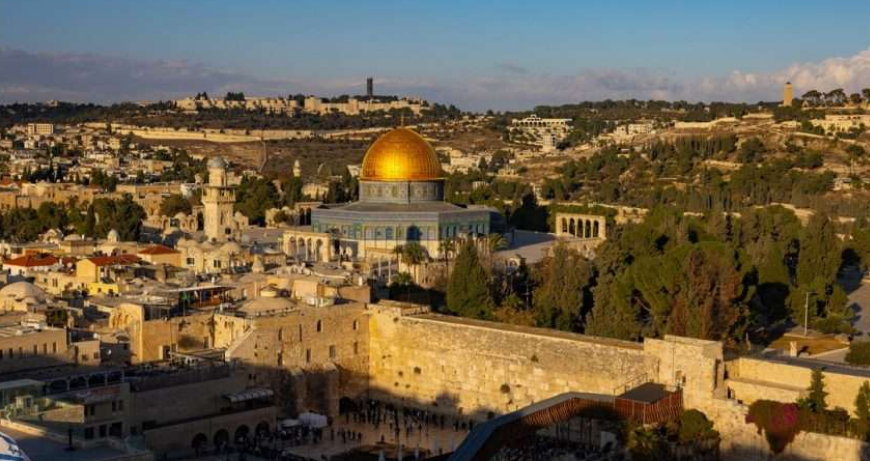 Israel was instructed to approach God as a nation at the Temple Mount in Jerusalem. But the world, not just the Muslims, is standing in its way.

Jewish people can and should worship God anywhere in the world they happen to find themselves. And they have. But the Jewish people, the nation as a whole, was instructed to come together in one particular place for that purpose: the Temple Mount in Jerusalem.

In millennia past Israel was chastised for trying to set up alternative places of national worship. God had chosen to inscribe His name at one place alone, and He expected the nation to join Him there.

“Instead you shall seek out the place that the LORD your God will choose out of all your tribes to put His name there to make it dwell, and go there. Bring there your burnt offerings and your sacrifices…” (Deuteronomy 12:5-6)

“For now I have chosen and sanctified this house, that My name may be there forever; and My eyes and My heart will be there perpetually.” (2 Chronicles 7:16)

“The whole world rejects any attempt by the occupation [read: Israel] to change the religious and historical status [of the Temple Mount]. The Al-Aqsa Mosque is a red line. It belongs to the Muslims alone,” insisted Sheikh Mohammed Hussein during a gathering of senior Islamic officials in Jerusalem earlier this month.

Jordan and the Palestinian Authority have launched a global PR campaign to convince the international community to stop Israel’s incoming right-wing religious government from altering the “status quo” at the Temple Mount.

But while this is all playing out in the political arena, it is ultimately a spiritual matter.

Do we take God at His word that Israel as a nation must worship Him in one particular spot?

Or do we accept the modern status quo for fear of a Muslim backlash?

And if it’s to be the latter, does that mean there still is no national Jewish worship of God, but rather only individual and communal, as has been the case for thousands of years of exile?

And if that’s true, has Israel’s exile truly ended?