Doctors have figured out exactly how cancer cells kill an organism 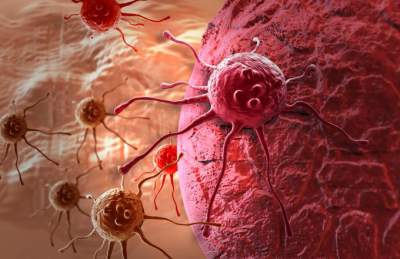 The doctors made new discoveries about cancer.

British scientists have made an important discovery that will allow in the future to upgrade the treatment of cancer, thereby preventing the emergence of dangerous metastases. The corresponding article was published in the journal Nature Communications.

Biologists have discovered a previously unknown principle to the spread of cancer cells throughout the body, which lead to the formation of secondary tumors. Metastases appear as a result of the “travel” of diseased cells in the human body, the blood carries them to various internal organs where they settle and provoke the emergence of new malignant tumors.

Those diseased cells that left the primary cancer and went to “the way” are more vulnerable and need to quickly die, rather than the parent tumor. However, studies have shown that these cells ‘ travel protect they contain special proteins – integrins. They don’t allow cells to die and also provoke the formation of secondary tumors.

Before you go deep into the malignant cells and to provide her with effective protection, integrin one species joins other integrin and if prevent the accession of these two proteins, it is thus possible to deprive the cancer cell of its main defender, thereby blocking the formation of new tumors.

Biologists hope the study will help in the future to prevent the growth and development of metastases in cancer of the body of man.