Doctors have called the best foods for brain activity 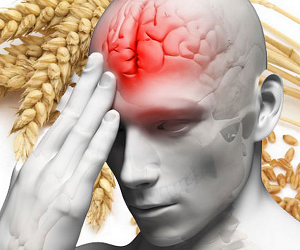 The main enemies of our brain – carbohydrates and protein gluten, which is rich in cakes, pasta and cereals. They damage the blood vessels of the brain, weaken the memory, do not allow the body to burn excess fat and prematurely ages us, said Dr. of medicine and a practicing neurologist David Perlmutter in his book “Food and the brain. What carbohydrates do with health, thinking and memory.” He cites a long list of diseases, which, in his opinion, to blame the excess of gluten and carbohydrates. Topping the list is the Alzheimer’s disease and other forms of dementia.

Our need for carbohydrates, according to Perlmutter, is almost zero – quite 50-80 g per day, i.e. one serving (e.g. 1 Apple or 1 bowl of rice). But without fat, we can not live.

Perlmutter debunks the common myth that the brain prefers glucose to eat: “Nothing like that! The brain can perfectly eat fat, what’s more, it is considered a supertoplivo for the brain. Our brain is 70% fat”. He pronounces the whole ode saturated fats. Of these, 54% breast milk and cell membranes. Saturated fats help the lungs, serve as nutrition for the muscle cells of the heart and bones are necessary for calcium absorption. The liver uses them for protection from the toxins of alcohol and side-effects of drugs. Thanks to the fats in butter and coconut oil white blood cells detect and destroy germs, fight tumors.

And how cholesterol plaques? “Study of 22,000 corpses from 14 countries showed that the prevalence of atherosclerotic plaques did not depend on diet, nor on the part of the world and were the same for countries with high levels of cardiovascular diseases and for those where people hardly suffer. This means that the thickening of the arterial wall may be an inevitable sign of the aging process”.

If you want to have a clear memory and a sharp mind, it is better to limit yourself to food. “The bigger the belly, the smaller the memory center of the brain — the hippocampus,” explains the author. — When he is reduced, reduced memory”. Moderation in food (2000 calories a day for women and 2550 kcal for men), in contrast, prolongs life and strengthens memory, increases intelligence. The same effect is physical activity, primarily aerobic.

Modern food production has allowed us to grow grains that contain up to 40 times more gluten than cultivated just a few decades ago.
— Genes that increase the production of antioxidants in the body, activate broccoli, turmeric, fish oil, olive oil, linseed oil, walnut oil and a couple SIPS of coffee.

— Lack of sleep for one week changes the behaviour of 711 genes, including those responsible for stress, inflammation, immunity and metabolism.

— It is better to drop the carbohydrate consumption dramatically, so make every effort to reduce in the diet of carbohydrates (1 serving daily) and completely eliminate all sources of gluten (including ice cream industrial sauces like ketchup and mayonnaise, meat products, processed cheese and even shampoo and cosmetics).

— If you feel that you are too much deviated from the right path, “restart” itself – starve for one day, and then limit your carbs to 40-60 grams per day.

Food for the brain

Apart from the fact that the human brain is more than 70% consists of fat, this organic compound plays a key role in the regulation of the immune system. Simply put: omega 3 and monounsaturated (good) fats reduce inflammation, while modified hydrogenated, which are widely distributed in finished products increase. In addition, fat is required for absorption and transport of vitamins, particularly A, D, E and K. They dissolve in water and can be absorbed in the small intestine only in combination with fat. A deficiency of these vitamins has serious consequences for the organism and can lead to brain disease and many other disorders.

Monounsaturated fats are found in avocados, olives and nuts are good fats. The same are considered to be polyunsaturated omega-3 fatty acids that are in fish from cold seas (e.g., salmon) and some plants (Flaxseed oil). Also healthy saturated fats found in meat, egg yolk, cheese. They need every cell: your cell membranes consist of 50% saturated fat. They are contained in the lungs, heart, bones, liver and immune system and provide their function. Saturated fats are nourishment for the muscle cells of the heart and the bones needed for the effective assimilation of calcium. With saturated fats the liver protects you from the adverse effects of toxins, including alcohol and side-effects of drugs. Partly because of the fats contained in butter and coconut oil, the white blood cells recognize and destroy bacteria, as well as fighting tumors. Even the endocrine system uses saturated fatty acids to send signals about the need to produce certain hormones, including insulin.

The brain is only 2% of body weight, while it accounts for 25 % of all cholesterol in the body, moreover, the fifth part of the weight of the brain is cholesterol. It forms the membranes that surround cells, supports their permeability and waterproofing to the inside and outside could be different chemical reactions. In fact, in the brain cholesterol serves the role of facilitator, allowing the cells to communicate and work well. In addition, it is a powerful antioxidant and protects the brain from the damaging effects of free radicals. Cholesterol is an important precursor of steroid hormones such as estrogen and androgens, and vitamin D, which has protivovospalitelnym properties and helps to rid the body of infection.

In people with various neurodegenerative diseases — Parkinson’s, Alzheimer’s and multiple sclerosis — there is a low level of vitamin D, which is formed directly from cholesterol. One of the most common myths I’m constantly debunking is that the brain prefers to eat glucose. Nothing of the sort! The brain can perfectly eat fat, what’s more, it is considered a supertoplivo for the brain. But we live in a society that continues to represent fats and cholesterol as dangerous as cyanide. We fight with them, not knowing that kills us.

Magic, generating your body a favor, largely due to resveratrol, a natural component contained in the grapes, which not only slows the aging process, strengthens blood flow to the brain and stimulates healthy heart function, but also controls the fat cells, inhibiting their development.

Of course, the resveratrol contained in one glass of wine is not enough. Therefore, in order to enjoy all the delights of this substance, you must take supplements with a higher his content. Given the fact that this magic molecule protects cells from a huge number of diseases, it is often called the helper of the immune and defense systems of the body. Now we know that the brain will render the service, if we daily add the substance in small amounts to the diet. Dosages are not more than 4.9 milligrams a day will be enough.

A member of the ginger family, is the subject of intense research, most of whom are studying anti-inflammatory and antioxidant function of this substance is associated with its active ingredient curcumin. In one study, for example, elderly Asians have investigated the Association between consumption of curry and cognitive function.

Those who consumed curry in food “sometimes” and “often or very often showed much higher results for certain tests to measure higher mental activity than people who consumed curry “occasionally” or never used it never. One of the secret weapons of curcumin is its ability to activate genes that produce a huge variety of antioxidants that protect mitochondria priceless. Moreover, curcumin improves glucose metabolism. All these properties help to reduce the risk of developing diseases of the brain.

Eating foods rich in probiotics — live microorganisms that support the natural intestinal flora, can have a direct impact on the behavior of the brain, reducing stress, anxiety and depression. These tribes are the “good bacteria” play a very important role in producing, absorbing and transporting neurochemicals such substances as serotonin, dopamine and nerve growth factor, which are essential for proper and healthy functioning of the brain and nervous system.

There is a close connection between the nervous and digestive systems. The brain receives information about what is going on in the gut and the Central nervous system sends the information back to ensure the optimum functioning of the digestive tract. Due to such transfer of information, we can control our eating habits, digestion and even sleep at night.

Coconut oil can serve as prevention and treatment of neurodegenerative diseases. It is not only supertoplivo for the brain, but also a substance that can reduce inflammation. You can just drink a teaspoon of coconut oil or use it in cooking. Coconut oil is heat resistant, so it can cook at high temperatures.

Not quite right to call it a vitamin, as it is indeed a fat soluble steroid hormone. Although most people associate it exclusively with healthy bones and calcium levels — which is why it is added to milk — vitamin D has a much more serious effect on the brain. It is known that the entire Central nervous system contains receptors for vitamin D; it is also no secret that it helps to regulate the brain and cerebrospinal fluid of those enzymes, which are involved in manufacturing neurotransmitters and stimulating nerve growth.

Vitamin D protects neurons from the harmful effects of free radicals, reducing inflammation. For correction of vitamin D deficiency may need to take supplements for several months, but this practice can significantly establish the chemical structure of the entire body, from bone to brain health. It can also be obtained from such natural sources like cold-water fish and mushrooms.