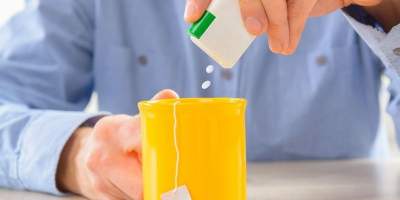 Experts told about the dangers of dietary products.

It turned out that many diet foods and drinks containing sugar substitutes, on the contrary, provoke weight gain, not loss.

Trying to lose weight, many women replace sugar with artificial sweeteners such as aspartame and saccharin. But they are more likely to gain weight than sugar, plus they are dangerous for health, scientists say.

The neurologists at Purdue University in West Lafayette, Indiana, conducted a series of studies to establish the impact on health of artificial sweeteners.

It turned out that many diet foods and drinks containing sugar substitutes, on the contrary, provoke weight gain, not loss. In addition, the sweeteners can also increase the risk of health problems such as heart disease and diabetes.

Compared to people who avoid diet food lovers have, for example, diet soft drinks, the higher the risk of developing type 2 diabetes, heart disease and metabolic syndrome (group of symptoms, among them excess weight, hypertension, etc.).

Moreover, the impact on health of diet carbonated beverages is about the same as a regular soda, the harm which has already been acknowledged by all. In one study, researchers found that Teens who regularly drank diet Cola gained even less weight over 18 months than those who drank regular coke.