Djokovic and Murray are the finalists of Roland Garros-2016 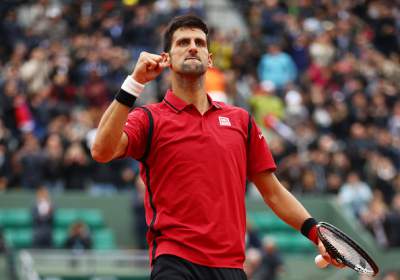 The two leaders of the ATP ranking will compete for the title at the Open championship of France.

The absence of Roger Federer and the injured Rafael Nadal as easy as possible with Novak Djokovic’s path to the fourth final at the Paris major the Serb in the quarterfinals without problems has understood with Tomas Berdych, and today easily beat the inexperienced Austrian Dominic Tim.

Djokovic only in the third set tested the first problem – Tim led 3:0, but the second comeback not long in coming. The main favorite at Roland Garros has won six of the next seven games and another step closer to earth the long-awaited triumph.

Last year’s winner French Open champion Stan Wawrinka failed to reach the decisive match of the Swiss surprisingly easily stopped Andy Murray, for whom the upcoming finale in Paris will debut in his career.

See also: Roland Garros-2016: Djokovic in the quarterfinals, Murray and Wawrinka will compete for the finals

Murray only in the end of the third set I lost focus – a failed game on his serve cost the Briton missed the party. Wawrinka
to reverse the course of the meeting failed – twice losing his serve, the Swiss broke up with the status of the current champion of Paris.