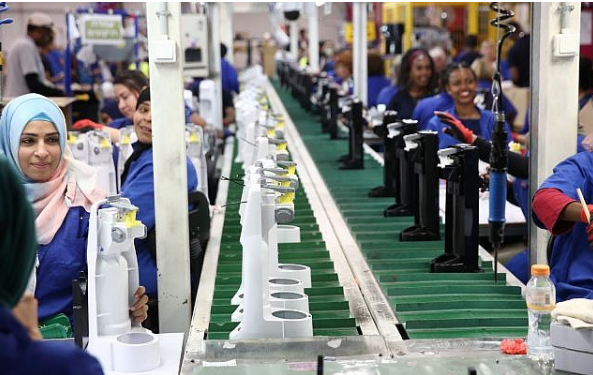 SodaStream became the latest Israeli company trimming its workforce as the maker of home seltzer machines announced Monday that it is laying off 120 employees, mainly at its factory in southern Israel, as demand for its products returns to pre-COVID levels.

The majority of the job cuts will be made at SodaStream’s production plant at the Idan Hanegev industrial park near the city of Rahat, whose employees include Bedouin Arabs from the surrounding area. The factory currently employs 2,000 workers.

“In recent years, SodaStream increased the scope of its workforce in order to respond to the growth that the company experience for a long time, and particularly during the COVID-19 pandemic,” the company wrote in a statement. “Current forecasts for production volumes indicate a return to demand levels recorded in the past.”

“At the same time, the company is vulnerable to volatile global market conditions, which affect its business,” SodaStream said.

In response to the changed market conditions and “new business reality,” the decision was made to introduce efficiency measures and reduce the company’s global workforce by about 5%, SodaStream added.

SodaStream said it will set up a career center to help the laid-off employees find other jobs.

SodaStream, founded in 1991, makes and sells seltzer machines for home use. In 2018, the company was snatched up by US beverage and food maker PepsiCo Inc. for $3.2 billion in cash. As part of the acquisition deal, PepsiCo committed to let SodaStream remain an independent unit within the US beverage company and keep its Israeli headquarters for 15 years.

About a year after the acquisition, PepsiCo announced a $92 million expansion of SodaStream’s plant in southern Israel to hire 1,000 more workers. Over the years, the company has employed diverse populations at its manufacturing sites, including Jews, Arab, Bedouins and Palestinians.

SodaStream makes machines that carbonate home tap water. The foot-and-a-half-tall machines turn still water into seltzer in 30 seconds. The company has 3,800 workers globally, out of whom 2,000 are employed in Israel. SodaStream devices are sold in more than 45 countries.