Call to Persevere Over Aliyah 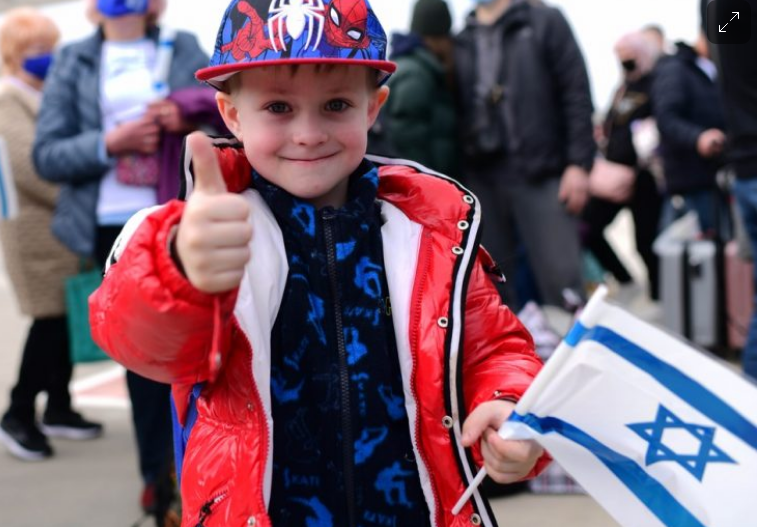 “The return of the Jews to their ancient land is a sure sign that the Lord’s return is imminent.”

Assisting the return of Jews from the worldwide diaspora is among the many Christian ministries facing great challenges.

And with the flood of would-be emigrants from Russia and Eastern Europe threatening to turn into a modern-day Exodus, the struggle to cope is all too apparent – some 40,000 Jewish people have fled Russia and the Ukraine and arrived in Israel undocumented.

This is a time of upheaval and the need for perseverance has never been greater, according to Dr Fred Wright, who has been in the thick of the action over Aliyah (Jewish immigration to Israel) for more than three decades.

Carrying the scars of his mercy missions all over his body – his latest injury was incurred when a car door slammed into his face following a crash on the field – he is now temporarily restricted to directing operations from his home in Essex.

In recent years Fred has been especially involved in facilitating Aliyah for Jews in Russia, Ukraine and South America. His particular expertise is rescuing individuals in war situations and antisemitic eruptions while perseverance is also needed in sourcing documents proving qualification for residence in Israel which he pursues in partnership with Ezra International and Ezra UK led by his friend Pat Frame.

Such paperwork is essential for the process, but is made much more difficult for those whose families have suffered persecution for generations, with the result that they have had little incentive for keeping tabs on their Jewish heritage.

Now the need is becoming more urgent than ever with war in Europe once more wreaking havoc but, with funding also a major issue, Fred is determined to persevere, and has been encouraging others to do the same.

Addressing supporters in Sheffield, he drew comparisons with the sufferings of the early church as indicated by James, the brother of Jesus, who wrote:

“Consider it pure joy, my brothers, whenever you face trials of many kinds.” (James 1:3)

Just as they suffered at the hands of both politicians and priests – as indeed Jesus did – so today pressure is applied from the lawmakers on the outside and from the church hierarchy within.

Nero was an obvious example of political opposition for early believers while, on the religious front, Judaism was split into many factions all claiming to be the true Israel.

Today we are faced with political correctness on the one hand and unbiblical teaching from within the religious institutions, with antisemitic ‘replacement theology’ claiming the church to be the new Israel.

This in turn affects our understanding of Israel’s position in today’s world and suggests that Aliyah is unbiblical despite 700 Scriptural references to latter-day Jewish restoration.

“As Derek Prince used to say, Aliyah was God’s timepiece. In other words, the return to their ancient land of Jews from the four quarters of the world is a sure sign that the Lord’s return is imminent.

“So it is time to knuckle down and keep going in the face of all the pressure to pull out of the race. There have been too many good starters and too few good finishers. When we learn to walk, we don’t give up after our first fall. In the same way, when we run a marathon, we have to push on through weariness and muscle strain.

“The testing of our faith develops perseverance. It’s like spiritual bodybuilding – the more we practice it, the stronger we become. It is by persevering that we learn the character of God and enter into an intimacy with him. And one of its great rewards is that, when by human standards all seems lost, the Lord magnificently intervenes, bringing peace out of chaos.”