Aston Martin has patented the name of the new model 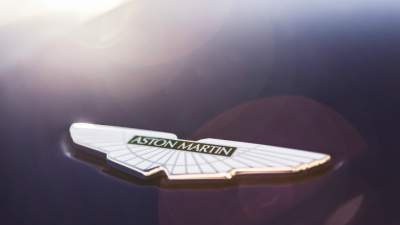 What kind of car can be released under the same index, is unknown.

The company Aston Martin has patented in Europe, the name DBZ. What kind of car can be released under the same index, is unknown.

Presumably, the letter Z is a reference to the name Italian bodywork Studio Zagato, which cooperates with the British brand. It is not excluded, that the Italians are preparing our own special version of one of the models Aston Martin, for example, the new supercar DB11.

Indirectly the Italian Studio participation in this project confirms that the trademark was registered in two languages — English and Italian. According to the rules, application shall be made in two European languages — English, French, German, Spanish or Italian.

Atelier Zagato and Aston Martin have partnered for more than 50 years. In 1960, the Italians built a coupe DB4 GT Zagato, in 1986, the Studio developed a special coupe and convertible V8 Zagato, in 2002 appeared a sports car DB7 Zagato, and in 2011 debuted the V12 Zagato supercar.

At the end of may 2016 Zagato has released a unique version of Aston Martin Vanquish supercar received a body from carbon fiber.