As fought against Nazism in Hitler’s Germany. Photo In Germany were the opponents of the policy of Hitler.

In the early 1980 — ies John Rata, librarian “the office of rarities” at the new York public library had no idea what he found when he accidentally discovered a dusty box in a secluded corner of the library. On the label attached to the box, it was written: “do Not open until the end of the war.” The contents of the box proved to be no less intriguing than the label. 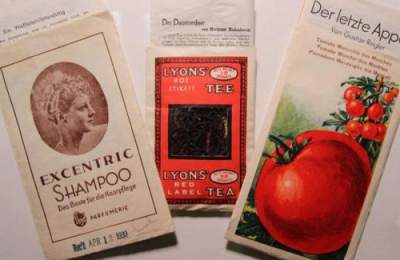 Inside was found a vintage sample packages of tea and seed, travel brochures, advertising brochures for cosmetic products and cheap editions of classical literature. It would seem, why all this had to hide in such a secret during the war? 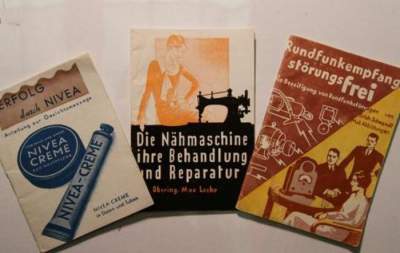 Upon closer inspection, John discovered that this seemingly innocent collection of advertisements of the era of the Second world war are actually hiding hundreds of camouflaged anti-Nazi booklets, as well as many miniature editions of the anti-fascist Newspapers, printed on paper or fabric tiny print. Most of this material is still not cataloged and available for viewing by appointment only in the Department of rarities of the library. Inside the packages with samples of shampoo and seeds of the tomatoes really were hidden anti-Hitler literature, once written by the German opponents of Hitler’s regime. Because of freedom of speech or of the press did not exist, political refugees from Germany who escaped Nazi terror and mass arrests, secretly moved to Prague. From there, these groups of German resistance Newspapers, books and pamphlets, which were illegally imported into Germany. About 80% of that are skillfully cloaked material was released by the Communist party of Germany. Until modern-day survived only a very few of these publications. 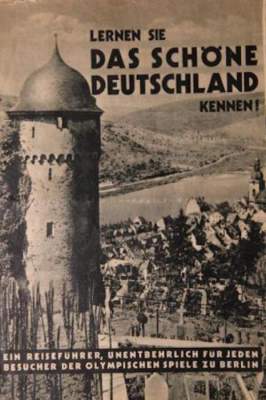 In the photo above the guide at the 1936 Olympic games in Berlin. The headline reads: “Find out about the wonderful Germany.” Actually, this is a pamphlet describing conditions in Germany under Hitler. Inside it has a map (pictured below), which indicate locations of concentration camps and prisons in Germany. Such pamphlets often were disguised as innocent samples of some popular brands of foods, shampoos, shaving cream or tea. Also their was masked by the tabloid novels and cheap editions of the classics.

While it is not clear how these avenues were in the far corner of the warehouse in the new York public library, but there was found an envelope, which in 1941 was addressed to the library.

The letter is addressed to the library of No. 1923, new York city. On the reverse side of the envelope is stamped “Geoffnet(uncovered) Oberkommando der Wehrmacht (Supreme military command) with the signature of the Nazi seal. The contents of this specific envelope is missing.

As far as effective weapons of propaganda disguised were those avenues? According to the German historian Hans Mommsen, unlike other Nazi-occupied countries in Europe, the German opposition was “a resistance without people … that enjoyed the support of only a small part of the population”, since most of the population of Germany either supported the regime or treated him with caution.