Are Christian Missionaries Keeping Israelis From Believing in Jesus? 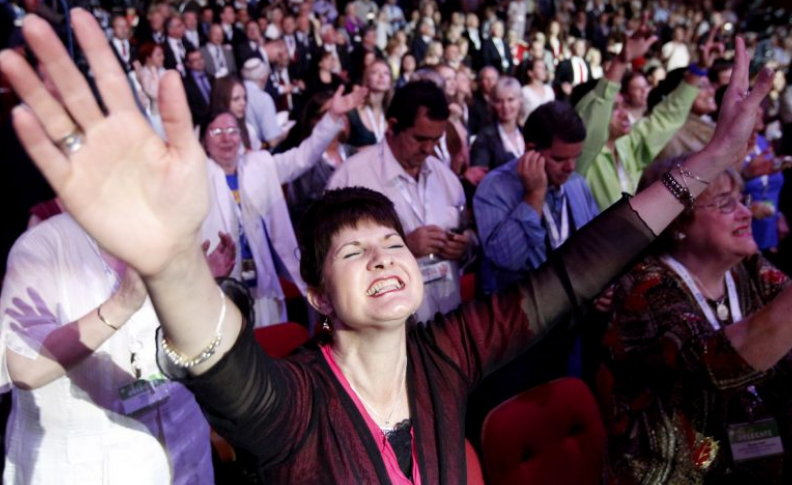 The impact of Christian missionary efforts coming to the land of the Jews can’t be overstated. But is it effective? My Israeli friends tell me ‘NO!’
From a Jewish point of view, “missionary” and “Christian” are synonymous terms. It’s understood that Christians are under a mandate to bring people into contact with the Good News of Jesus Christ. Unfortunately, that hasn’t always been done in the spirit of love that Jesus himself preached.

The German tribes of Europe and the natives of South and North America were entirely unfamiliar with the Bible before foreign missionaries arrived and told them about Jesus and the God of Abraham, Isaac and Jacob. Same for the peoples in distant Asia and Africa. What they heard for the first time was alien to them, and they were unable to have a discussion with the missionaries on the content of the Bible. Those who felt threatened therefore chased away the missionaries or killed them.
But this “good news” was often accompanied by suffering. Those who refused to accept Jesus as their Savior were sometimes executed. With a pistol to the chest, the Christian faith was enforced in some places for centuries. This is what Jews experienced throughout Church history worldwide, primarily in Europe, especially in Spain and Portugal, but also in America.

Now missionaries are coming to Israel and want to bring the Gospel and Jesus closer to the Jews. But that’s not so easy. The locals here know the Bible and are familiar with Jesus. In many ways, Jews know the Bible better than the missionaries, as they can read and understand it in its original language, Hebrew. The Bible is no stranger to the Jews, nor is the God of Abraham, Isaac and Jacob. The majority of the Jewish people (78 percent) are aware that Jesus was one of them. Jesus was a Jew.
That may be a surprisingly high number. It’s also interesting that 53 percent of Jews believe Jews and Christians believe in the same God, according to a poll commissioned by Israel Today. The 36 percent of respondents who held the opposite opinion revealed a trend: the more devout a Jew is, the more inclined he is to believe that the God of the Jews and the God of Christians are not the same. Something similar can be observed among Christians – the more religious a Christian is, the more firmly he believes that the biblical God and the Muslim deity Allah are not one and the same.

Many Christians will of course insist that the two situations can’t be compared. But consider that Orthodox Jews see the New Testament as heretical in the same way devout Christians view the Koran as an ungodly book.
Since the founding of the State of Israel, Jews and missionaries have met again in Jesus’ homeland. For almost two millennia, contact had taken place in the respective homeland of the missionary or during Christianization on another continent. But now Christians are coming to the land of the Jews to spread their message, and one must not understate the impact of this on the Jewish psyche. Nonetheless, no missionary has been persecuted, no one has been imprisoned, and certainly no one has been killed. In the worst case, the missionary was expelled from the country or not allowed to enter in the first place.
Even in light of the above, every second Israeli Jew (47 percent) of those surveyed in our poll believes that the rebirth of the Jewish state had a lot to do with the realigning of Christianity in support of the Jewish people. Most Israeli Jews believe that Christians have changed over the past hundred years or so. Today, 77 percent of Jews in Israel consider Christian support to be important. But this can also be interpreted differently, since Israel’s arch-enemies today tend to be Islamic countries in the Middle East, and the support of the Christian West therefore represents a strategic asset. This development is definitely positive because it looks like the Jews are ready to put the past behind them and renew their trust in Christians.
Still, the New Testament is a foreign book for Jews. They know the Torah, Nevi’im (Prophets) and Ketuvim (Writings), but not the Gospels. In our survey, just 31 percent of Jews recalled having learned anything about the New Testament in school. But that wasn’t a foregone conclusion. Israelis learn about the Bible, and even Jesus, in history class. After all, this is the land where it all happened. Though this seems to be something more recent. I myself don’t remember that we taught the New Testament in class, either in elementary school or in middle school. Prejudice, fear, disgust and ignorance still characterize the local attitude toward the Good News.

In addition, it must be mentioned that many Christians rely solely on the New Testament, while often not knowing the Old Testament well enough. This also breeds prejudice, for how can one understand the second volume of the Bible without reading the first? Doesn’t this lead to distorted interpretations regarding Jews and the OT promises?
When Jews, for whatever reason, read the New Testament, they are often fascinated. They feel the love of Jesus from the text, something they did not know before. Admitting that takes courage. Many Jews do not dare to read the New Testament. Here, too, one can draw an unpopular comparison: many feel exactly the same disgust as Christians have for the Koran.
Prejudice and lack of knowledge block many things in life. This perhaps explains why only 16 percent of Jews in the Land hold a positive view of Jesus. Most are simply uninterested (36 percent) or have not bothered to form an opinion (25 percent). Twenty-three percent said they view Jesus in a negative light.

At first I was amazed that so few think positively about Jesus. But then the following thought came to me: If you were to ask the same question in a European Christian country – what would the answer be there? How many people there are interested in Jesus? I’m not sure if interest in Jesus would really be significantly more positive in the “Christian” West, especially among the younger generation.

Years ago, an Orthodox Jew with whom I worked asked me whether all Europeans had now been converted and if it was now the turn of the Jews? The point is that missionary work is frowned upon in Israel. From the Jewish perspective, a Jew who believes in Jesus is a lost soul. For this reason, some rabbis even refer to missionary efforts as a “silent holocaust.” For a plurality of our respondents (47 percent), a Jew who believes in Jesus is no longer a Jew. Only 33 percent still see a Jew who believes in Jesus as a Jew.
Among my circle of friends I often hear: “Jesus is not the problem. The problem is his followers.” I know many Jews who do not consider themselves Messianic or believe in Jesus, but still love Jesus and his teachings. Everything has its time. It took 2,000 years for Israel to be born again, and it takes time for a person to be born again spiritually. The Israelites of that time followed Jesus of their own free will. They dropped everything to hear his words. This is the only way people can be moved.