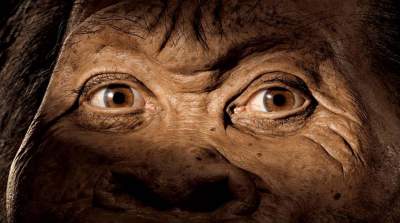 On the Indonesian island of Flores, scientists discovered the remains of a dwarf species of primitive man.

Scientists have made in the territory of Indonesia the find, which was a proof that man Florensky, which in scientific circles because of his small stature nicknamed “the hobbit” evolved from Homo erectus.

The researchers spoke about their work in the publication Nature.

Scientists have described the bone fragments and the teeth, the age of which is estimated in 700 thousand years. The remains were discovered in the ancient bed of the river, 70 kilometers to the East of the cave Lian-Bois, and the discovery gives the researchers reason to believe that the “hobbits” are an evolutionary extension of Homo erectus.

Scientists said that they found the remains of two adults and two children, it is assumed that they could have died in the eruption of the volcano. The researchers noted that previously, information about who was inhabited Flores island, was enriched thanks to the discovery of various tools – scrapers, stone blades, chopping and so on.

The researchers also recalled that the first person Florensky found in Indonesia on the island of Flores in 2004. In the scientific world there is a dispute about whether Homo floresiensis a separate species, or it is modern humans who suffered from any illnesses and has undergone a growth reduction on the basis of the phenomenon called island dwarfism.