Ani Lorak has prepared a “wet” surprise for Kolya Baskov 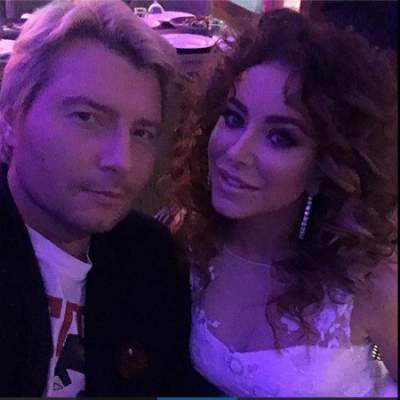 The singer has pushed his colleague into the pool during pre-party “Heat”.

In the midst of the party, which brought together the stars of Russian show-business, Nikolai Baskov was expecting confusion. Ani Lorak pushed him off the parapet in front of the pool and he fell into the water. Embarrassed and soaking wet Nicholas got out of the water and almost replied Caroline back, but she managed to move away and he was unable to throw into the water.

The video is so funny accident on the pre-party “Heat” posted on the social network star, who managed this action to remove the camera. One of these was Katya LEL, which was located directly close to with Ani and Baskov in that moment, when someone from the crowd startled Caroline and she accidentally hit Nicholas. Signed LEL this video: “that’s the real opening of the pool on the roof!!!”.

After the Golden voice of Russia got out of the pool, he asked Anya why she was pushed into the water, to which she replied: “It’s a surprise!!!”. Here’s a “wet” surprise Nikolai Baskov at a party at rose Bar, which was held on the roof of the institution.