A rare species of eyeless catfish was discovered in Texas 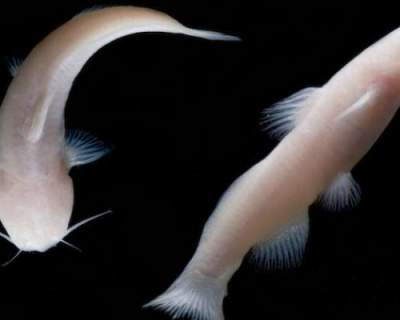 It is known that the blind catfish is endangered.

An extremely rare species of eyeless catfish was discovered in Texas. It is known that it existed only in Mexico.

This was informed by Dean Hendrickson, curator of ichthyology at the University of Texas at Austin.

He found this species in deep limestone cave in the Amistad. This national recreation area near Del Rio, Texas. It is known that the blind catfish is endangered. The Mexican blindcat is a type that grows no more than 3 inches in length, as is known, found only in the areas supported by the Edwards-Trinity Aquifer underlying the basin of the Rio Grande in Texas and Coahuila. Blindcat new discovery proves the theory that water-filled caves below the Rio Grande can connect parts of Texas and Mexico aquifer.

Jack Johnson, caver and resource Manager, national Park Service at Amistad for the first time found some slow, pinkish-white fish without eyes in April 2015. As experts tell, cave animals are fascinating in that they lost many of the characteristics that have surface animals such as eyes and pigmentation for camouflage, as well as speed. They found an ecological niche in which don’t need none of these things, and they have developed extra-sensory abilities to succeed in complete darkness. Later, these fish were included in the list of endangered species.

This species of fish will not be on display but will remain in a special institution, designed to accommodate the cave and aquifer types in the San Antonio zoo conservation and research.