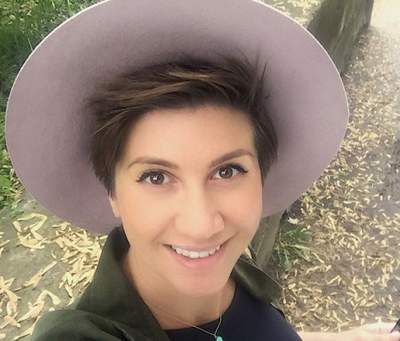 The fitness coach is preparing to become a mother soon.

The most famous athlete withdrew from the project, “she zvazheni schaslivi” because of her pregnancy, but has not ceased to train and motivate people to get involved in sports. The audience is in emotional anticipation, when Anita will talk about birth and who she had, though she’d already opened the secret sex of the baby in one of her first interviews regarding the pregnancy.

On the official website of Lutsenko on Instagram appeared her new photos where she demonstrates her impressive tummy. Anita is now in her last month of pregnancy and that’s going to give birth. That’s how she signed this photo: “the Photo is called “My incredible 21″ and it is certainly not years) Growth every day by leaps and bounds! But I found the perfect place for training – Dnepr – roof – Energym – it was love at first sight!”.

Then the most famous fitness coach in the country added: “the Utility: to start training after giving birth can be no earlier than 6 weeks, otherwise if you start to the abdominals, the stomach will remain big! Training does not affect GW, more milk is coming even more!” Subscribers will Anita Lutsenko thanked her for the good advice and began to vigorously discuss the question of breastfeeding a child and sports.