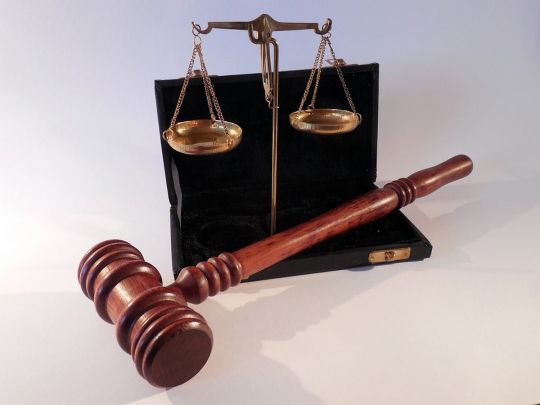 LLC Your Betting Company, which represents the Russian bookmaker 1xBet in Ukraine, tried in court to get back its licenses to work in Ukraine even before the court decision, but the latter refused to do so. This is stated in the decision of Judge Vladimir Keleberda dated November 17, 2022, published in the Unified State Register of Court Decisions.

As you know, on September 6, TBK filed a lawsuit with the District Administrative Court of Kyiv demanding to cancel the decision of the Commission for the Regulation of Gambling and Lotteries to cancel two licenses for the operation of a Russian bookmaker’s office in Ukraine. Judge Vladimir Keleberda decided to consider the case in a simplified manner without summoning the parties to the court session and without court hearings.

However, before that, without waiting for a decision on the case, on November 15, LLC TSK filed an application to secure the claim by suspending the decision of CRAIL to cancel the licenses for the period of the trial. As an argument, the representative of 1xBet in Ukraine stated that in the absence of licenses, it may significantly complicate or make it impossible to effectively protect and renew the rights and interests of 1xBet.

However, the judge did not agree with the plaintiff, recognized the statement as unfounded and did not see any reason to stop the validity of the decision of CRAIL to cancel 1xBet licenses for the period of consideration of the case, and therefore refused TBC LLC to satisfy this application.

As a reminder, on March 30, 2022, the Commission for the Regulation of Gambling and Lotteries, in the midst of a full-scale Russian invasion of Ukraine, issued two licenses to operate in Ukraine to the Russian bookmaker 1xBet. InformNapalm’s investigation stated that 1xBet could work in Russia under the guise of the FSB, and therefore the bookmaker needs the right to work in Ukraine to collect personal data of Ukrainians for their subsequent recruitment by Russian special services.

In September 2022, CRAIL, under pressure from the Ukrainian society, after the demand of President Volodymyr Zelensky and on the basis of the conclusion of the Bureau of Economic Security about the connection of 1xBet with the aggressor country, decided to cancel the previously issued 1xBet licenses.

Meanwhile, the journalists of the Pryamoy TV channel suspected the company, which is part of the Ukrainian IT holding TECHIIA, of helping 1xBet enter the Ukrainian market. As journalists found out, one of the founders of the holding, Yuri Lazebnikov, worked in the same company with the current owner of TBK LLC 2 years ago, and Roman Rodin, the chief lawyer of TECHIIA, is the brother of Alexander Rodin, director of TSK LLC. In addition, the company from TECHIIA has been working closely with 1xBet in the area of ​​​​esports since 2021 and continued to do so in 2022, despite the Russian war against Ukraine. Another fact of interest to the media was the information that another founder of the holding, Oleg Krot, transferred $60 million to help the Armed Forces of Ukraine. However, a Forbes Ukraine investigation revealed controversy and questions about this amount. In a comment by Forbes, the co-founder of the holding, Oleg Krot, could not clearly explain the holding’s income, which would allow him to make such ultra-high donations.